Basal cell carcinoma is a kind of cancer that most frequently occurs. Fortunately, it does not kill patients who contract it often, but 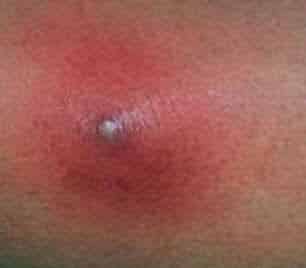 because it usually causes noticeable damage and disfigurement, it is still classified as a malignant form of skin cancer. According to recent statistics, 30% of Caucasians will contract a basal cell skin cancer during their lives.

In 80% of all basal-cell carcinoma cases, basal-cell cancers are found on the heads and necks of patients. Unfortunately, the number of cases of basal cell carcinomas seem to be on the rise in the last few years.

Basal cell carcinomas can present itself in many different forms:

A red patch similar to eczema

A thickening of the skin or scar tissue

Only a biopsy can confirm whether you have basal cell carcinoma or not. This is where your doctor will take a skin sample from around the nodule or in or near the red patch. This skin sample is then analyzed by a pathologist to see if cancer cells are present or not, and whether Mohs surgery is right for you.

Squamous cell carcinoma is another type of skin cancer that occurs frequently in people. It occurs when there is a rapid increase in the number of malignant cells in epithelium, one of the four main tissue types in a person’s body. Epithelium covers many internal and external surfaces of the body, and it can also be modified to form glandular structures.

Squamous cell carcinoma usually occurs from mutations in the ectodermal or endodermal cells that line the body cavities. This usually leads to it attacking various tissues and organs, including the mouth, lips, skin, lung, prostate, urinary bladder, and esophagus. Squamous cell carcinoma will begin as a small nodule and enlarges over time. The nodule will also turn into an ulcer.

The most deadly form of skin cancer is melanoma. Every 62 minutes, a person dies from melanoma – that’s nearly 24 people a day, over 700 people a month, over 8,000 people a year. This equates to one out of every 55 people being diagnosed with melanoma at some point during their lives. Melanoma is now the most common form of cancer for young adults between the ages of 25 to 29 years old and the second-most common form of cancer for all young people between the ages of 15 to 29 years old.

Melanoma is a type of skin cancer that does not occur as often as other kinds of skin cancer (only about 5% of all skin cancer cases5), but when it does occur, it usually leads to the most serious consequences (over 75% of all deaths caused by skin cancer), especially the longer that it goes undetected and untreated.

Melanoma can affect only your skin or it can spread to your bones and organs. It can occur due to too much exposure to the sun’s ultraviolet rays, causing your normal skin cells to become abnormal. These abnormal cells continue to grow rapidly and spread throughout your body, attacking the tissues they encounter.

The usual sign for melanoma is a change in a skin growth, mole, or birthmark. They are usually defined by a flat black or brown mole that has uneven edges, leading to an asymmetrical or irregular shape in appearance. Melanomas are often ¼ inch or larger in appearance on your skin. Melanomas can be found anywhere on your body, though they are often found on men’s chests and upper backs and women’s legs. Again, only a skin biopsy can definitively determine whether you have melanoma or not.

Neuroendocrine (also known as Merkel Cell Carcinoma) is a rare type of skin cancer that often appears as a bluish-red or flesh-colored nodule (tumor). It is often found on a person’s face, head, or neck, though they can occur anywhere on the body. Neuroendocrine usually develops in older people, especially in people who receive too much sun exposure or who suffer from a weakened immune system.

Neuroendocrine will usually spread quickly to other parts of the body. Treatment for this type of skin cancer will largely depend upon whether neuroendocrine has spread beyond the skin or not.

If you see a mole, freckle, or bump that changes in color, size, or shape or that bleeds easily after a minor bump or bruise, it’s important to see your doctor right away. He or she will conduct a skin biopsy to remove the tumor and a sample of the skin surrounding the tumor. This is sent to a pathologist, who will look for the presence of cancer cells to determine if you have neuroendocrine or not.

Factors that Increase Skin Cancer RiskWhy Sunscreen Is So Important?

Why Sunscreen Is So Important?

Conveniently located in the Laguna Niguel Medical Plaza at 27882 Forbes Rd, Suite 201, Laguna Niguel off of Crown Valley Parkway between the I-5 and 73 Toll Road.